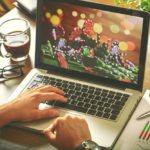 Morgan Stanley, one of the largest American bank holding companies referred to financial conglomerates class, has recently published the information that according to its research online gaming market will not be able to generate a profit of $5 billion expected by the United States government by the end of 2017. Given the current state of affairs in this area and stagnated profit growth, the online casinos operators will be able to replenish the treasury with the total of $3.5 billion in taxes approximately. END_OF_DOCUMENT_TOKEN_TO_BE_REPLACED